Squiggys DIY for the Si covers how to do this. I just wanted to show some images for the R18 as they were hard to come by when i was researching. 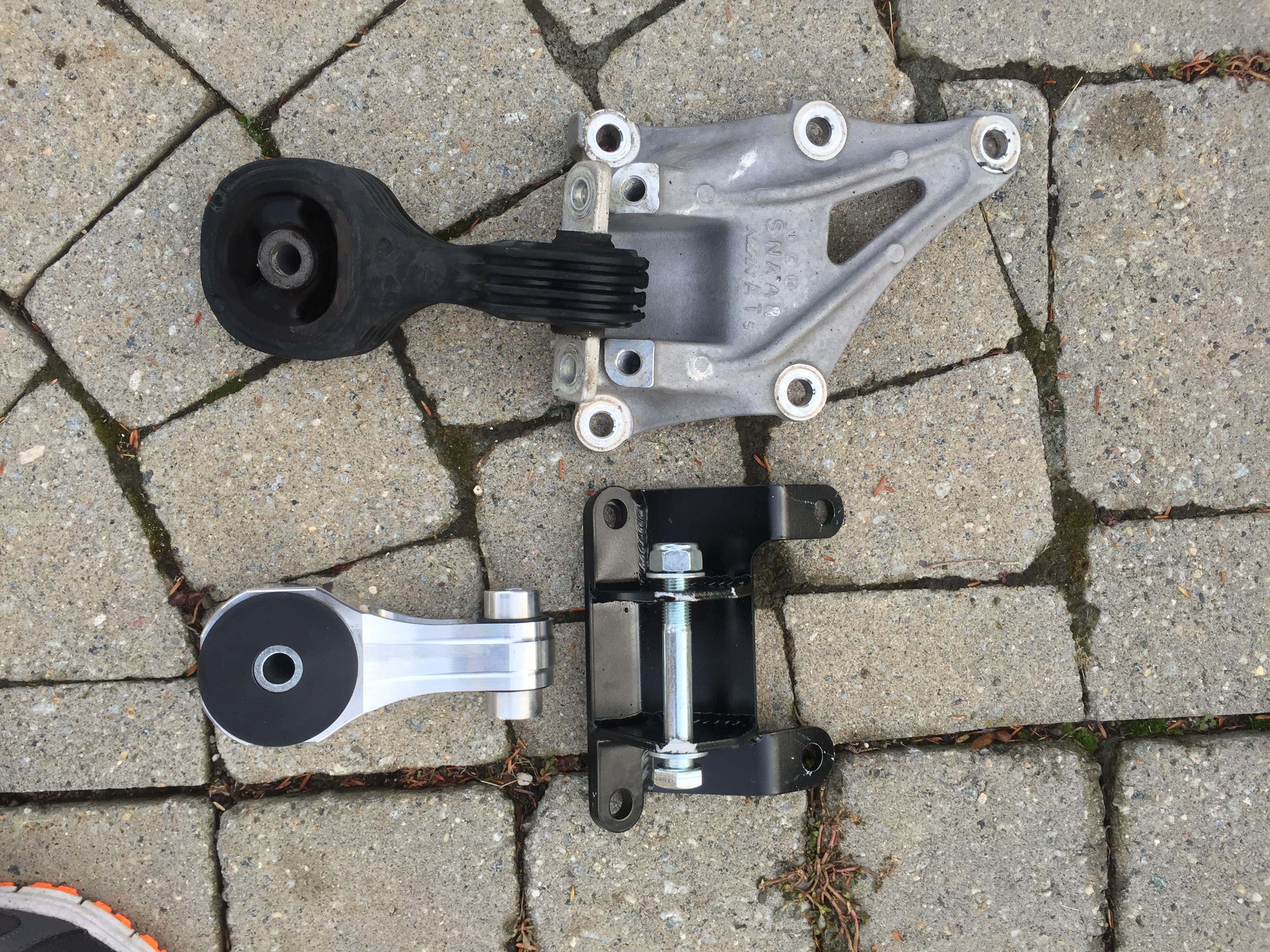 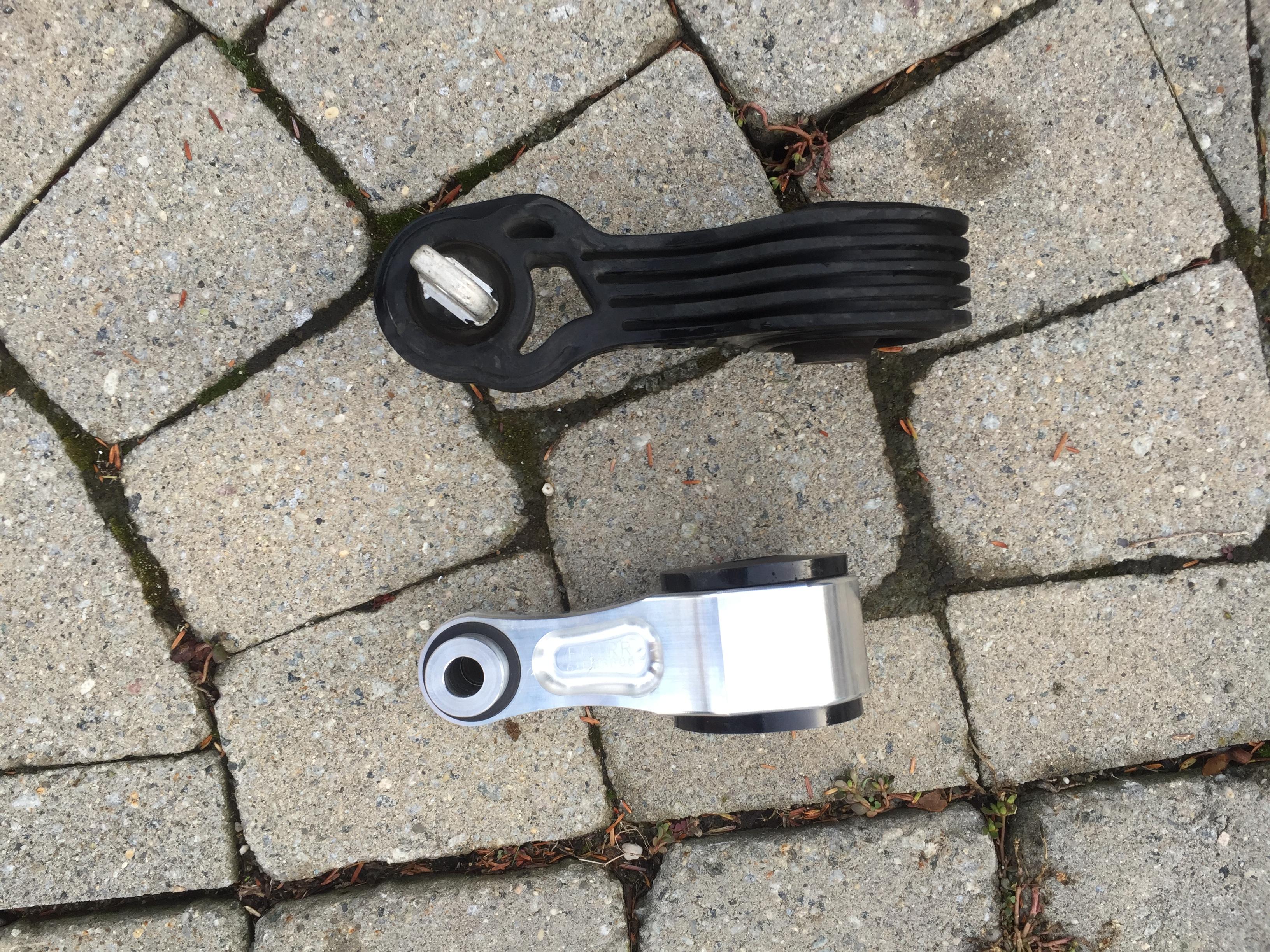 Installation
Whats in the Box (FG1RR-62A) 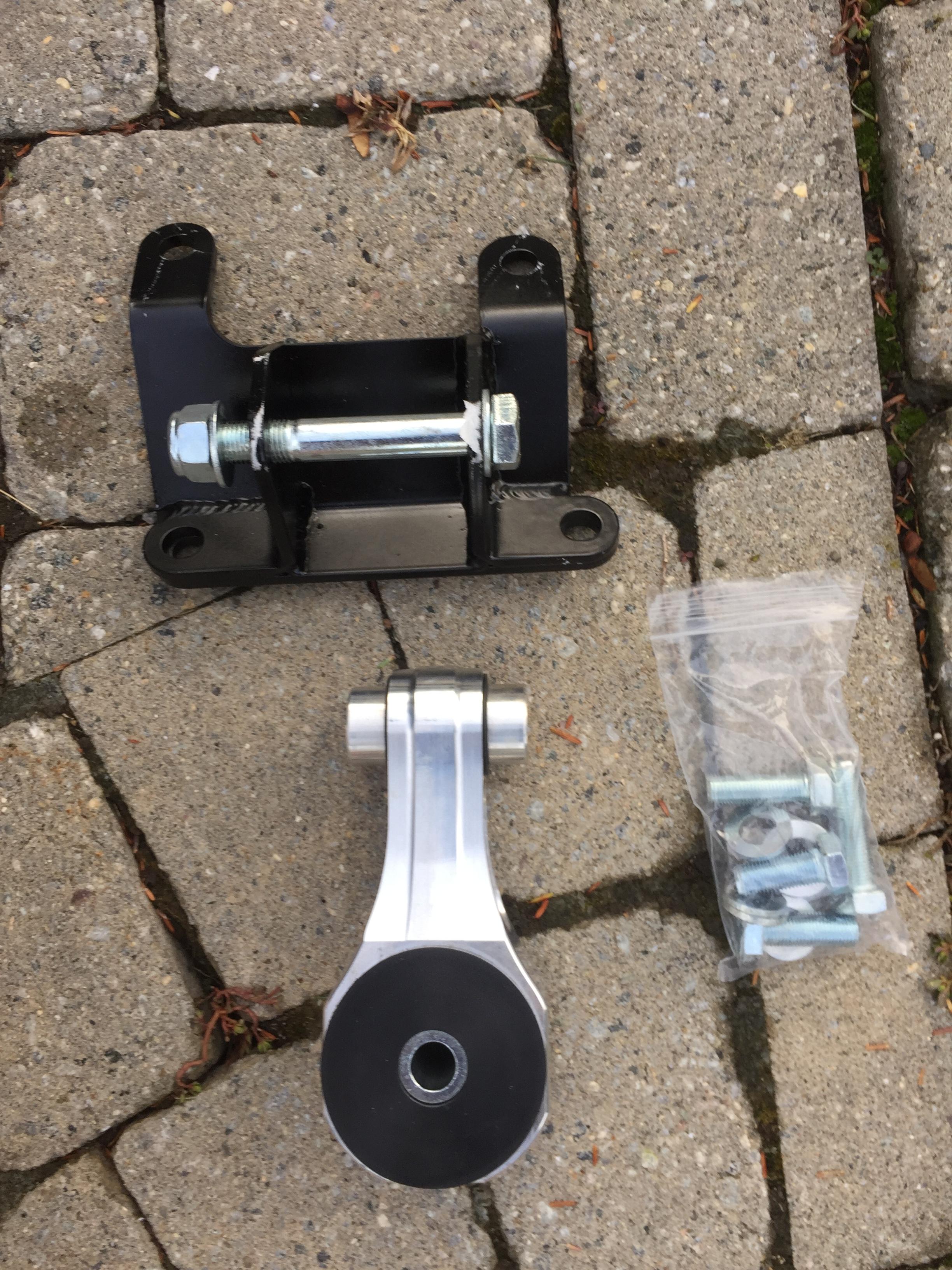 Step 1, Prep
1. Jack the car up and put it on jack stands
- Get the car up as high as you safely can. You need a good amount of room to get in there comfortably.
2. Remove the metal cover under the oil pan
3. Remove the front of the plastic cover the metal cover is attached to
- (2) plastic push clips and (2) 10mm bolts.
4. Place the 2x4 under your oil pan and jack up the engine enough to remove the weight on the mount

Step 2, Remove the stock mount
1. Remove the single bolt on the frame, 17mm
2. Remove the two lower bolts attaching the mount to the engine, 17mm
You can now remove the motor mount and get yourself a little more space to work 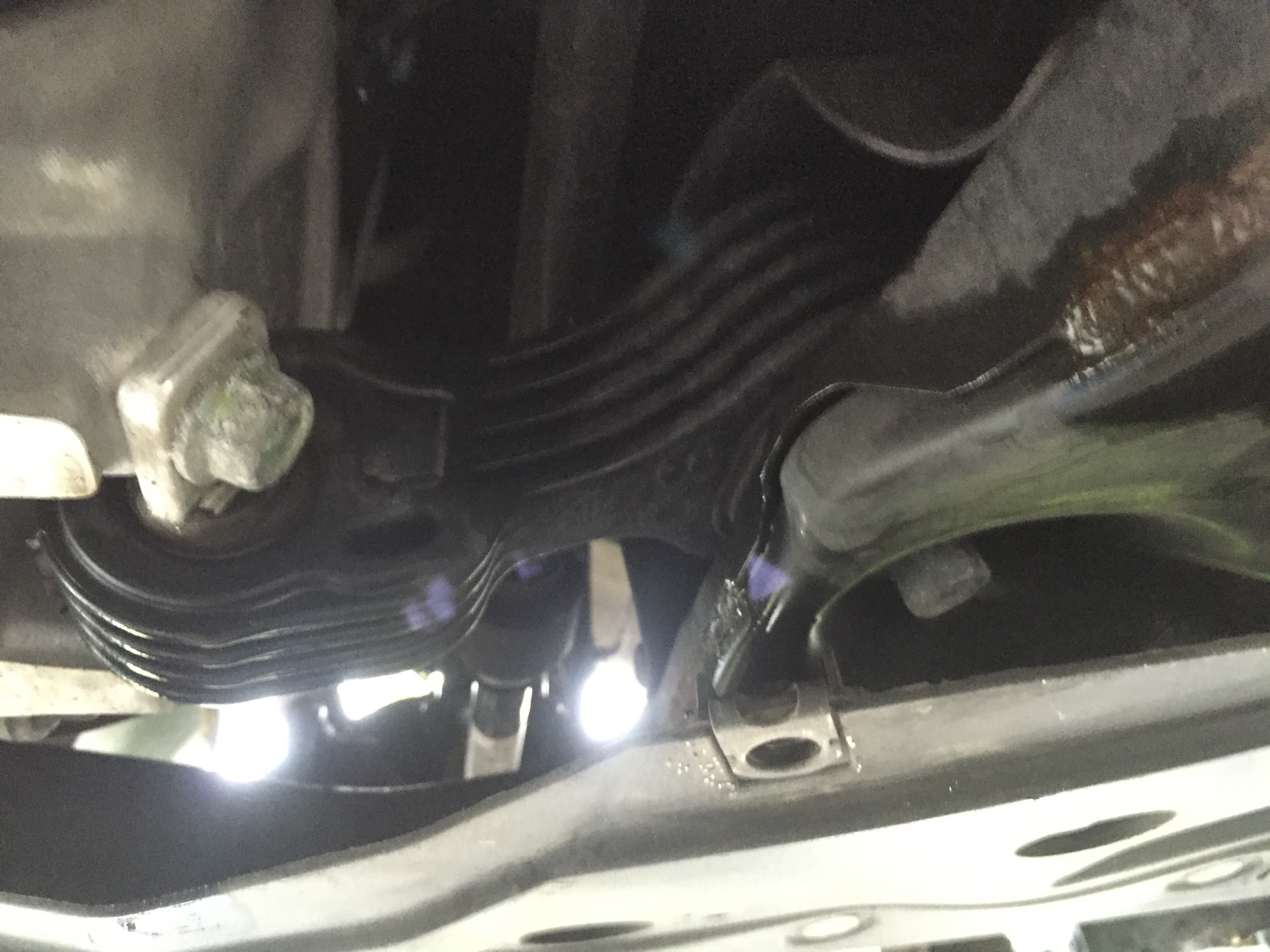 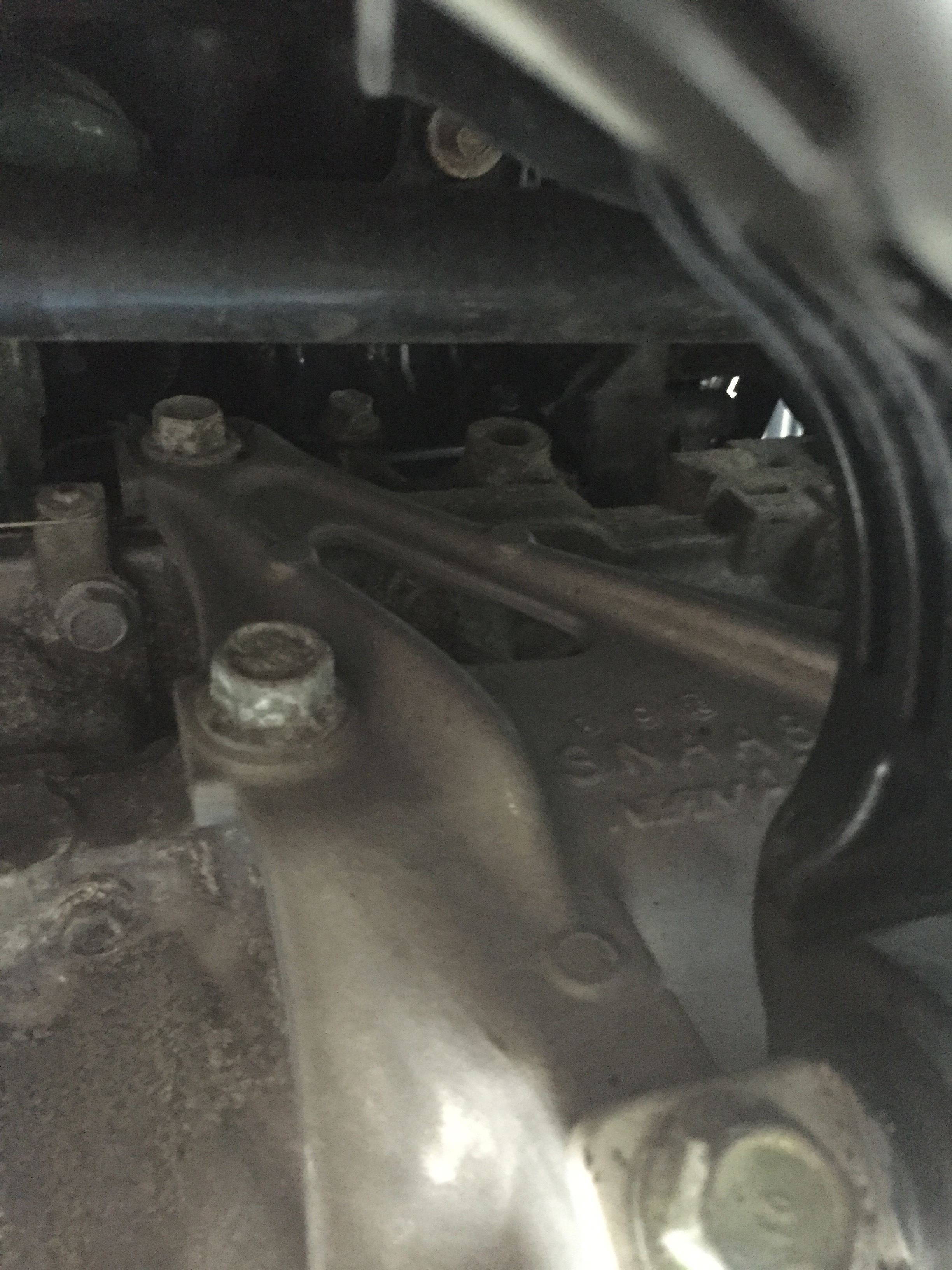 Step 3: Installing the new mount
1. mount the "dogbone" bracket to the frame first. If you attached the bracket to the engine first you will not be able to get this in. It took a bit of force to wedge it in there and align the bolt again. Just be careful not to damage the threads. Do not tighten all the way as you will need some play to get the bracket in.
- Squiggy noted that the Si bracket has a top. I did not have these markings on mine so i just aligned it so the Hasport logo
2. Attached the new bracket to the engine.
This will only attach in one orientation and note there is a large aluminum washer to provide the correct spacing on the engine. This will be on the top left bolt. 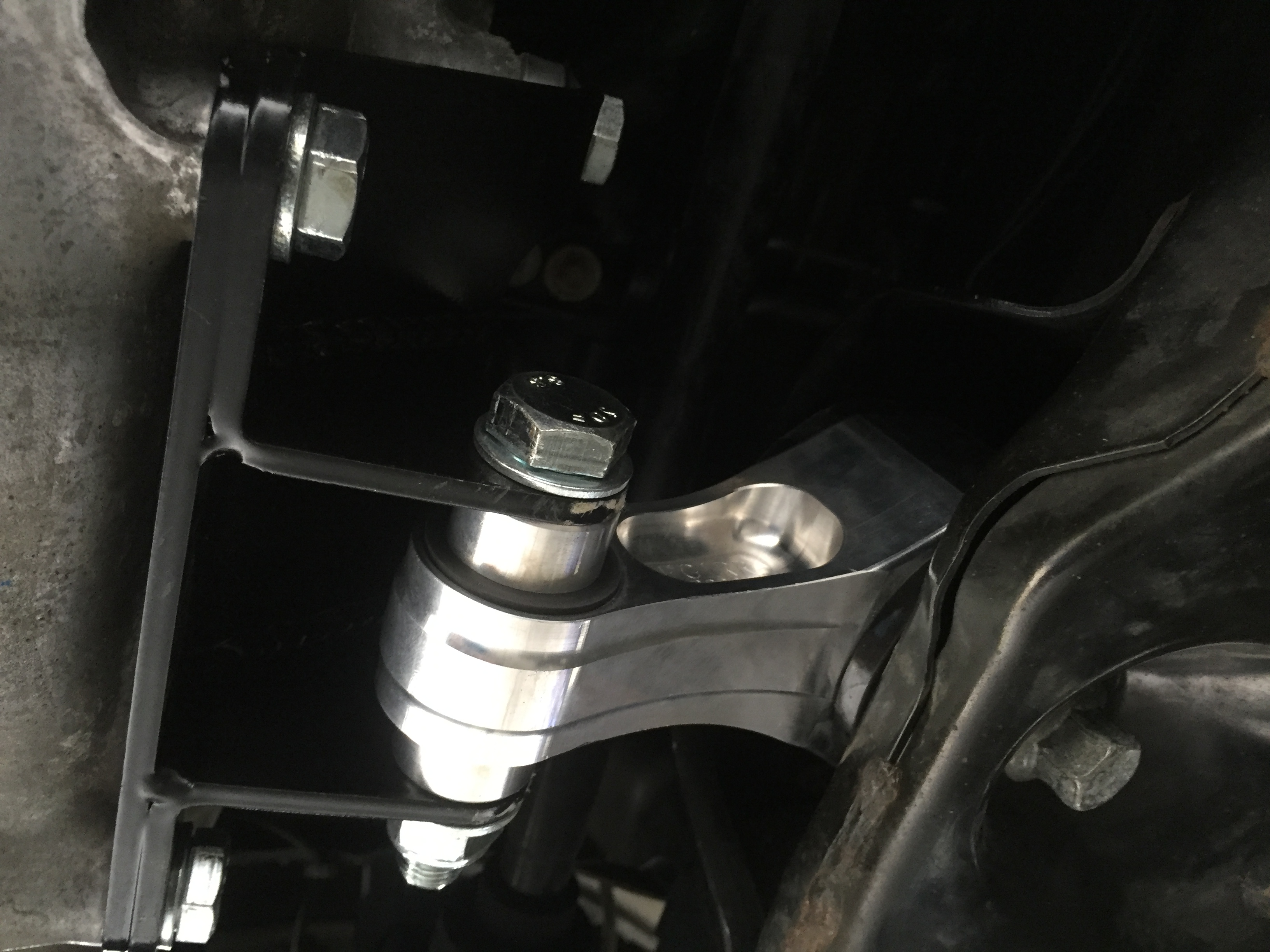 3. Secure the four bolts to the engine at this point before adding the weight of the bracket. In an every other order to 65 ft-lbs.
4. Join the "dogbone" and the bracket. you may need to lift/lower the motor to get the proper alignment.
5. Tighten the single 17mm bolt to the frame, also 65 ft-lbs
6. This may not be necessary, but I'm OCD. I put the 15mm bolt back on top with some light tread locker because i don't like the idea of open threads on the underside of my car. This is not used by the Hasport mount and would remain empty. I dont like either option but this made me feel better. 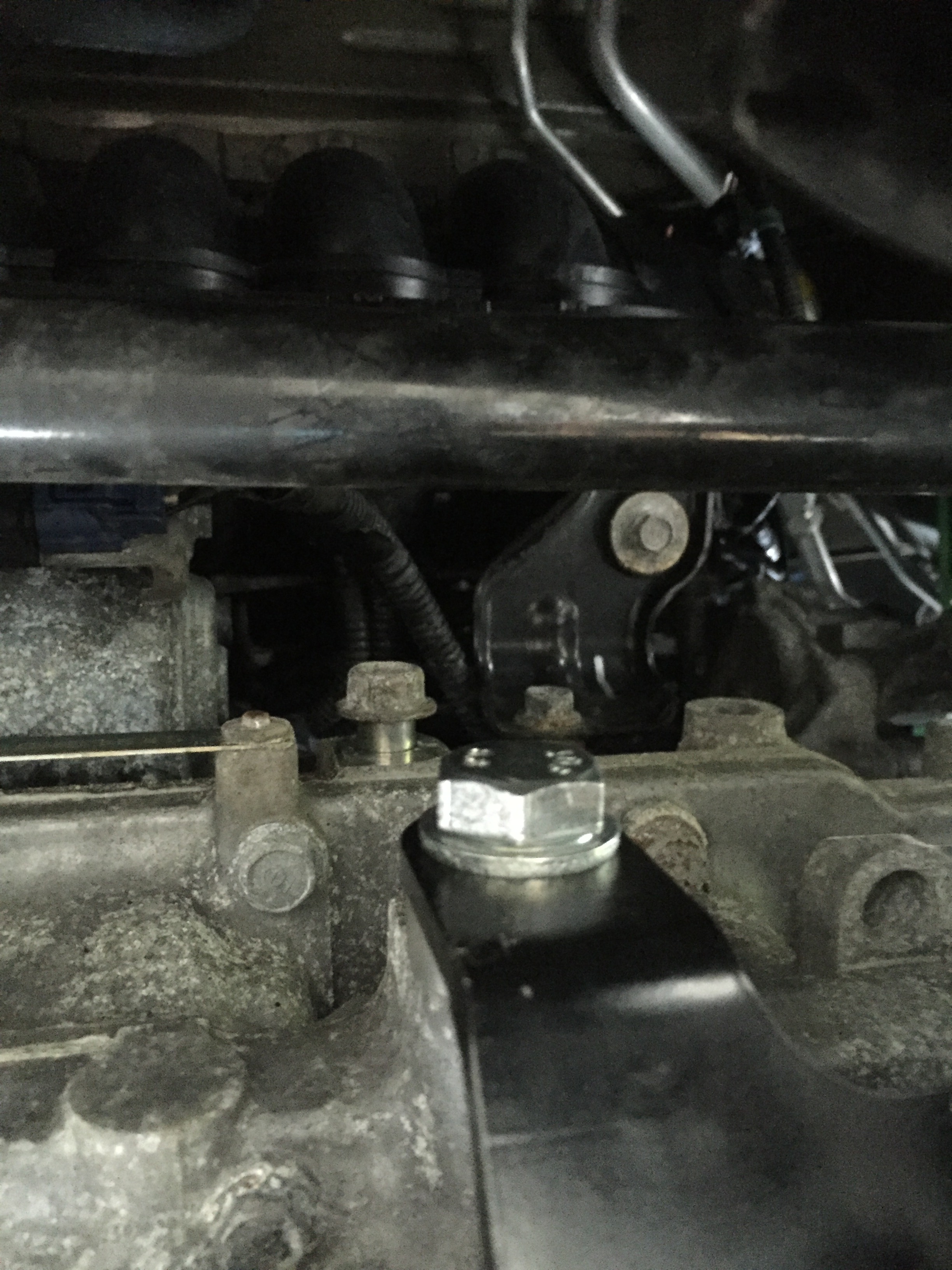 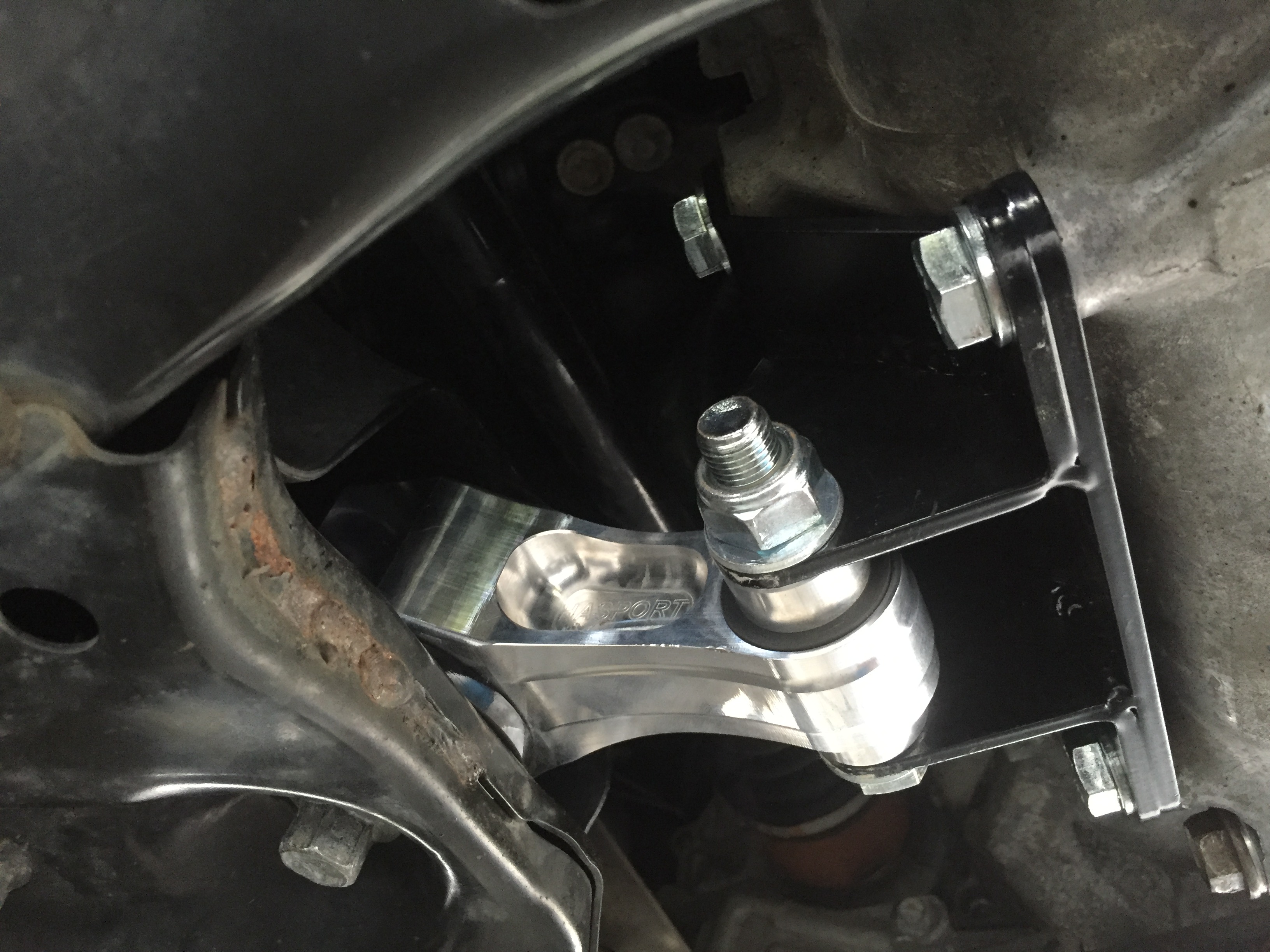 Body Style
It's A Fast Pig!

Nice job man! The car feel any different to you?

The difference was immediate. Vibrations at lower RPMS can be a bit annoying in traffic but at high RPMS and when shifting everything is much smoother. I think this is even better for the automatic. I used to get a bad rattle/grind from the gear box over 4500 RPM that I had to hold the shifter up so that it could shift smooth. Now it'll shift at 7000 like it was 2500.

I've got about 600 miles on it and it seems to have broken in around 300. The first time I cranked the car over I thought something was going to break it was shaking so violently. First start ups are still the worst but once you start driving it's not horrible.

The longest trip I've done so far was 2 hours in traffic to NJ from LI and its not an annoying vibration. If anything I think I like the feedback. Now my wife hasn't driven with me yet, she might disagree.